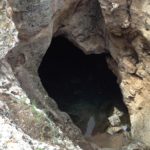 “The flamboyant, charismatic editor and teacher Gordon Lish said, ‘Write what you’re most frightened of.’”

Twenty-five years ago I was told I would feel the loss of… To be continued next week. For now, it is your turn to be still for at least thirty minutes. Computer off. Phone off. Only you “on”, doing nothing but being. (Hey, people pay thousands of dollars to go to meditation gurus who all tell them the same thing: “Be still. Do nothing.”) You get this hard-earned wisdom for free.

Write us about that which emerged from your stillness. Be sure and include sensory details.

Here is a good example of the power of details from Lynette Sheppard:

Leslie was ten years old when she got her first ring from a boy. Attached to her first key. The ring’s huge stone flashed all the colors of the rainbow. The key was purple – with hearts stamped on it. It didn’t open anything but was pretty to look at.

She and the boy had first seen the ring when they went together to the Five and Dime. Emily felt it was gaudy, even ugly. On Valentine’s Day, Mark presented it in a brown paper bag, grinning like he’d just won the lottery.

“Thank you,” she said. She smiled like her mother had taught her. After all, a gift was a gift. Never mind that she’d much rather have had the Addam’s Family Thing bank. Thing’s hand came out when a coin was placed in the slot and pulled it into the heart of the bank. Now that was cool.

Mark asked to be her boyfriend. He came from the wealthiest (and whitest) family in Lapwai, Idaho. That didn’t mean much on the rez, only that his father owned the gas station.

She didn’t know how to say no. He’d sent his best friend, Lawrence, with a note asking her to go steady. She wasn’t even sure what that meant, but her friends Becky and Janie oohed and awed so she said yes.

Later, she learned that Lawrence had a crush on her. She liked him too but then he told her that his grandfather told him that he should marry white – the sooner he got rid of the Nezperce blood, the better. Now she wondered if he really liked her or just her blonde hair and blue eyes.

Relationships are complicated, even in the fourth grade. Emily was 35 before she learned to say no (still smiling like mother taught).